If you’ve been following the news stories about bitcoin lately, you may have heard some references to tulips and Dutch tulip mania. Or perhaps you’ve been to the Ottawa Tulip Festival, connected to WWII and the Dutch love of tulips. Either way, it’s more than just a flower, which is why we stopped by the Tulip Museum in Amsterdam.

Much like the Canal House Museum, this small, specialized museum was impressively high quality and educational.

You enter the museum through their storefront. In the museum’s store you can buy a wide variety of tulip related souvenirs, but we skipped that to beeline for some learning. In the back of the storefront you go down a small set of stairs to enter the museum. It begins with the origins of tulips, then traces the plant’s migration to the Netherlands. Once the story arrives in Amsterdam, the exhibit goes into detail about Tulip Mania in the 1600s:

The introduction of the tulip to Europe is usually attributed to Ogier de Busbecq, the ambassador of Ferdinand I, Holy Roman Emperorto the Sultan of Turkey, who sent the first tulip bulbs and seeds to Vienna in 1554 from the Ottoman Empire.[14] The tulip was different from every other flower known to Europe at that time, with a saturated intense petal color that no other plant had. The appearance of the nonpareil tulip as a status symbol at this time coincides with the rise of newly independent Holland’s trade fortunes.

As a result, tulips rapidly became a coveted luxury item, and a profusion of varieties followed.

Tulip mania (Dutch: tulpenmanie) was a period in the Dutch Golden Age during which contract prices for some bulbs of the recently introduced and fashionable tulip reached extraordinarily high levels and then dramatically collapsed in February 1637.[2] It is generally considered the first recorded speculative bubble;

This was another of our favourite museums from the trip, and it’s something I’d recommend to anyone. Most museums can be fun and educational, but they don’t all teach lessons that can be applied to modern-day economics. This one does, and it’s cute as heck to boot. If you’re in Amsterdam, you should check it out. See our photos below! 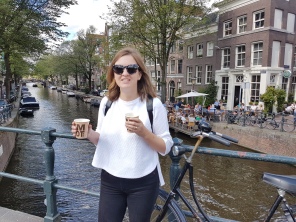 starting the morning off with coffee!

map self at the tulip museum 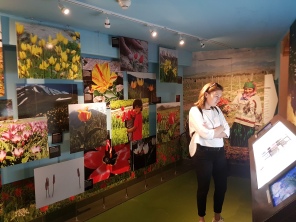 learning about the science of tulips 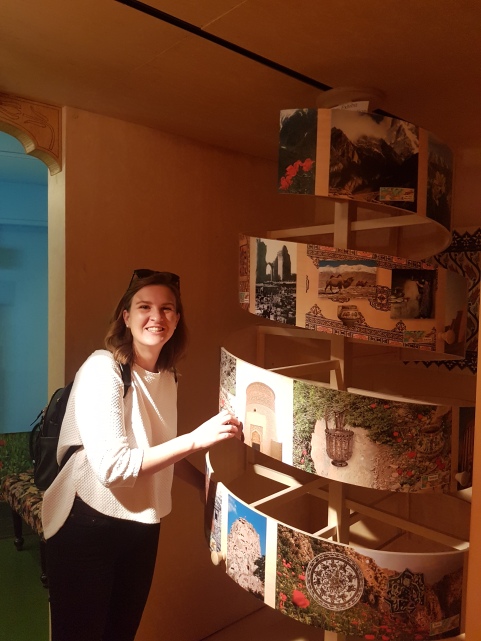 tracking the migration of tulips to Europe 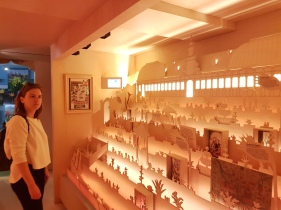 learning about tulips and hype! 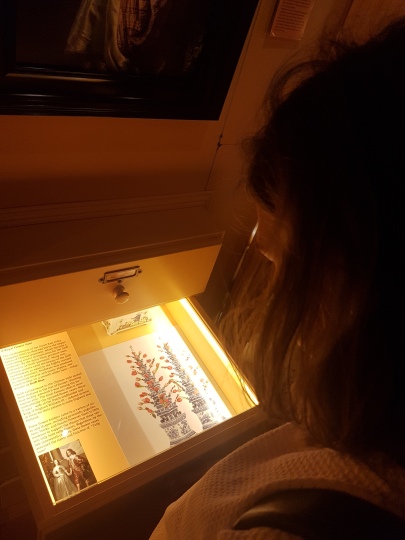 in a room of tulip bulbs!