Our last museum stop of the day was the “Foam” Museum, a well-reviewed photography museum.

Before the museum though, we needed a lunch break. On the advice of Esther from the Hungry Birds Food Tour, we had lunch at Tomaz, an old restaurant in the old part of the city. When we asked where Dutch families might go out to eat together, this was the place she suggested. We had traditional Dutch beer with traditional Dutch food. The highlight was BitterBallen, little fried balls of meet & sauce & seasoning, best eaten with mustard and beer.

Rested and fed, we headed back to Foam. Here’s how Wikipedia describes the museum:

Foam or Fotografiemuseum Amsterdam is a photography museum located at the Keizersgracht in Amsterdam, the Netherlands. The museum has four different exhibitions at any given time in which different photographic genres are shown, such as documentary, art and fashion. Two notable shows were Henri Cartier-Bresson – A Retrospective, work by Henri Cartier-Bresson, and Richard Avedon – Photographs 1946 -2004, a major retrospective of Richard Avedon. In summer 2016 Foam will present a major Helmut Newton retrospective exhibition. Next to large exhibitions by well-known photographers, Foam also shows the work of young and upcoming photographers, in shorter running exhibitions. The museum contains a café, a library, a commercial gallery called FoamEditions and a bookshop.

We didn’t take many photos, but we certainly saw plenty. The highlight was the exhibit of Gordon Parks’ photography. Gordon Parks was a American photographer between the 1950s and 1980s who captured American life, and was a regularly featured contributor in Life Magazine. His work often touched on themes of social justice and civil rights in the country. You can learn more about Gordon and this exhibit right here. If you live in North America, odds are good that you’ve seen his work already.

Check out our photos from the day below! 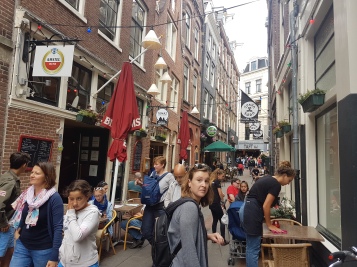 On the way to lunch 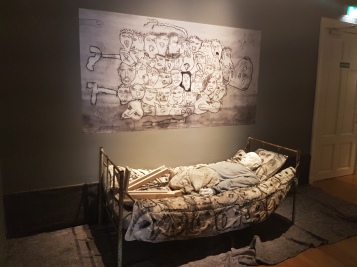