We’ve been back in Toronto since July, and having a blast. Though we’ve been pretty tied up with work and back-to-school prep (for me), and fostering with the Annex Cat Rescue, we’ve also found time to explore the city.

Typically we spend our weekends on long walks, punctuated by food and wine.

Below are the photos we’ve taken on our adventures around Toronto, including some of our favourite places to go and eat. They’re pretty random, so I’ve added comments to each photo to explain what’s going on. We took way more photos than this, but I’ve only included photos of our favourite or most common activities & places to go.

Of everything listed below, the most bizarro thing we did was go to the Swansea neighbourhood to see their popular Halloween decorations. While we were there we ended up meeting the guy who’s been fighting with the city over his treehouse. We actually went into his backyard and saw the infamous treehouse!

Photos & comments on other adventures are all below: 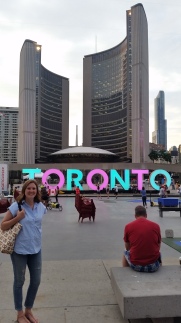 Nearly impossible to walk through downtown without stopping for a photo here. Cheesy for sure, but the sign photographs so well!

My birthday dinner at Japango, near Bay & Dundas. Best sushi restaurant we’ve ever been to, but seating is *very* limited, so best to go at off-peak hours.

Standing on Strachan, getting a photo of the downtown while exploring a different area of town

Kensington Market on a summer weekend 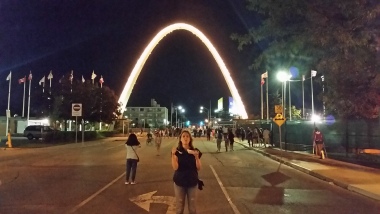 Heading home from the CNE

Funnel cakes at the CNE 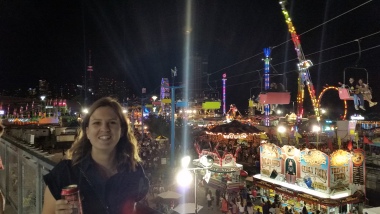 The view of the CNE & skyline from BMO field 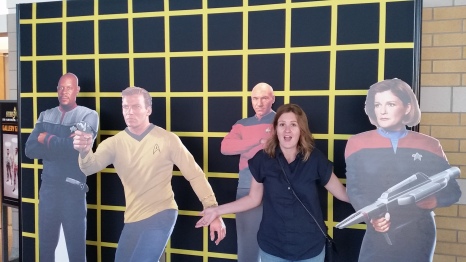 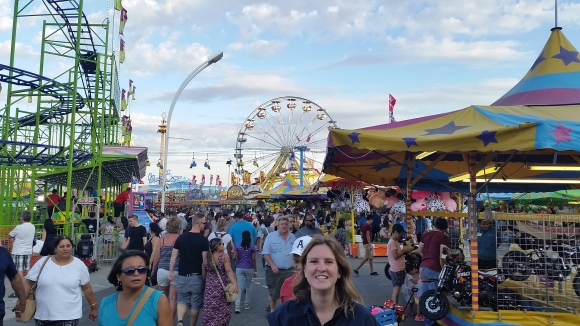 We tried out the latest food craze, poke bowls, which are basically sushi salads, and thus delicious. 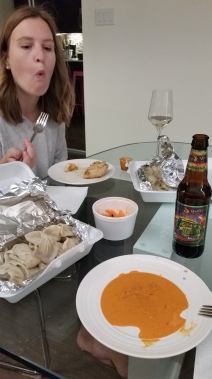 Living in West Queen West, we’re a stone’s throw away from the culinary varieties of Parkdale. One of our all time favourite things to pick up are Momos from Loga’s Corner.

Saw Chihuly at the ROM, which was the most incredible thing of all time.

The view when we run along the waterfront. 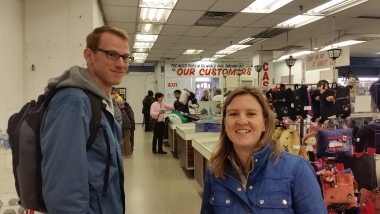 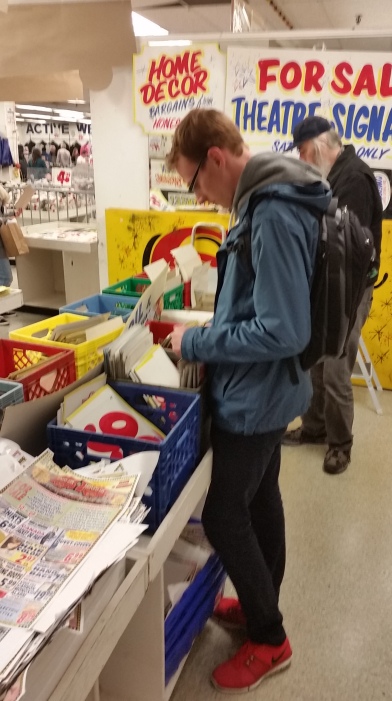 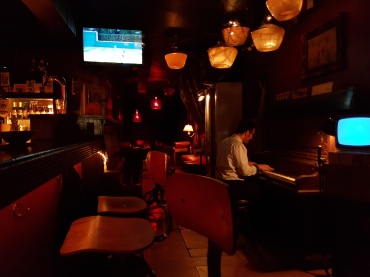 Motel. Our go-to bar in Parkdale, which Kevin found when my hardcore feminist bookclub took over our condo one night. 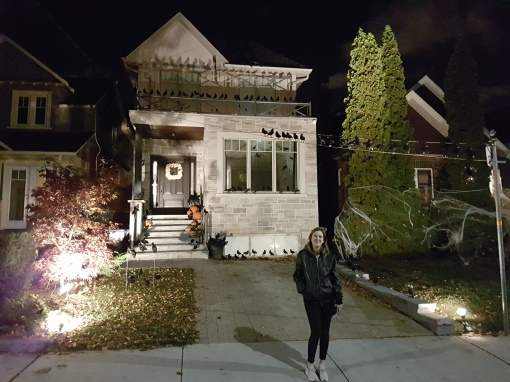 Checking out the Halloween Decor in Toronto’s Swansea neighbourhood. 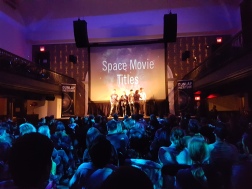 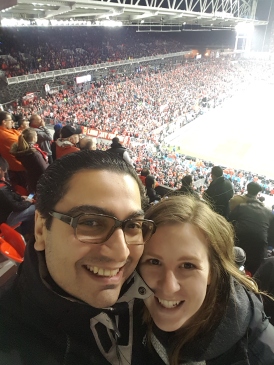 We went to the craziest Toronto FC game of the year. These people are serious about winning. 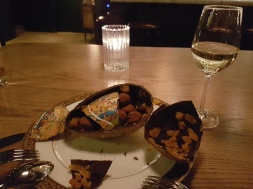 Having the world’s bougiest dessert at La Banane. 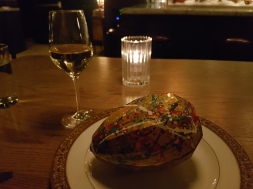 Trekking through Trinity Bellwoods Park after our latest snow fall