Quick note off the top: Dream, Girl will be on a quick tour through Ottawa, Waterloo, and Toronto during the first week of November! Today I’m writing about my trip to see the film in New York, but I already have my ticket to see it again in Toronto, and you can get yours here!

As alluded to in previous posts (ages ago, I know), I went to New York City to see the official world premiere of Dream, Girl – the incredible documentary about female entrepreneurs.

Dream, Girl is the brain child of Erin Bagwell, who quit her job and launched a kickstarter campaign to create a feature length film inspired by the incredible female entrepreneurs she was meeting through her storytelling blog, Feminist Wednesday.

The film’s co-producer, Komal Minhas has been one of my best friends for nearly 10 years, so of course I bought my ticket to see Dream, Girl in New York as soon as possible. I wasn’t even sure I’d be able to go, but supporting this film felt important. Fortunately, it worked out that I was actually able to make it to New York City to see the premiere!

It was a quick 24 hours in NYC, and totally worth it.

Kevin dropped me off at the airport, and I landed in La Guardia much sooner than expected. So much sooner that I’d forgotten to read my necessary-travel-prep articles in WikiTravel. I’d never been to New York, so I got off the plane with no real clue where I was or how to get where I was going. Fortunately, New Yorkers are super nice and helpful. In the first hour I easily asked 5 different people for help or directions.

Finally, I made it to Central Park and met up with Julie, another best friend from my days at Carleton. We were crashing in an AirBnB with another friend, and after a bit of sun in the park we headed back to the apartment to get ready for our night on the town.

Clothes. Makeup. Hair. Before long we were ready to go. I also made a dicey shoe choice that my feet regretted for the rest of the night, but we felt and looked great.

Which was good, because we were just a brief subway trip away from the Dream, Girl red carpet. Naturally, I forgot my camera, but luckily Getty Images was there to cover for me:

I’ve already said it, but after seeing this film twice, it really is great. The most easily comparable film is Miss Representation, which I’ve seen at least 5 times. To those who’d make the comparison, I’d say the concept is similar, but the execution and end product are totally different. By focusing on the stories of individual women, each re-watch draws you in with something new. I couldn’t watch Miss Representation a 6th time, but I can’t wait to watch Dream, Girl a 3rd, 4th, etc.

The range of women in the film brings something for everything, and you’ll be sitting at the end of the film wondering which entrepreneur is most like you. When you friend turns to you and says “you’re totally a [insert name here]”, your heart will swell with joy.

Once the film was over,  we headed to the after party. Which means a group of 20+ women – all friends and supporters of Komal – trekked onto the subway to the Hotel on Rivington for a rooftop party. As subway rides go, that one was pretty surreal. Consider that 7 hours previous, I was in Toronto. And now I was standing in the New York subway system trying to figure out how to get to the after party for my friend’s first ever film premiere.

Travelling hours and hours to see your friend in her glory is pretty amazing. But as a side effect, I got to spend my evening with some of the most impressive women I know. Women who are honest about their struggles, who are hilarious, and who are unapologetically ambitious and excited for the future.

I headed back to Toronto the very next day, already looking forward to the next screening & gathering of lady powerhouses.

And now, Dream, Girl is screening in Ottawa, Waterloo, and Toronto during the first week of November. I strongly encourage you to book your tickets and watch this film with your own best friends. I have a feeling it’ll make you excited for the future.

Here are more photos from the premiere, courtesy of Komal’s fiancee Mitch (who has been graciously photographing our antics for years): 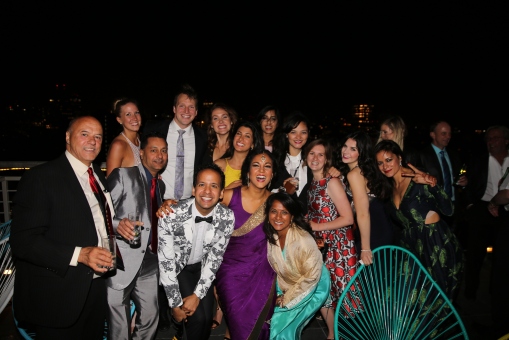 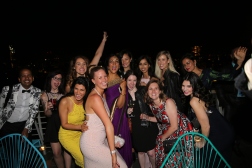 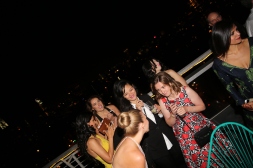 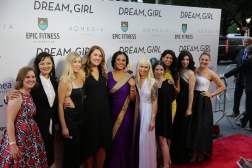