April in Canada is the time when mother nature teases us all. Releasing sunshine and flowers, just in time to snow all over it one last time.

Nonetheless, spring is upon us, which means that it’s the season for adorable baby animals, the return of flowers, and much more.

This time last year, Kevin and I were in Alte, living with his grandmother in southern Portugal. With the weather being decidedly less chilly, the spring seasons feels much more played out. That is to say, there’s no temporary pause, and the warm months go on for quite a while. If you’re paying attention, you can easily see the springtime cycles of life emerging. Particularly in the rural Algarve, this is especially true.

We saw a mama duck sitting on her eggs, and just a few weeks later we saw her baby ducks beside the river. A month later, many of those babies hadn’t survived, but we all knew who the new teenager ducks were, and we were so happy to see the swimming around and thriving.

Down the street, there was a neighbour who had a horse. It was fairly routine to see him riding around on the horse instead of using a car. It was also fairly routine for the horse to be housed in all different yards and fields in and around Alte. Two of those locations were a quick walk down the street (basically in someone’s backyard). One day while walking, we noticed there was a baby horse hiding behind the mother. Over the proceeding weeks and months, we saw the baby become bigger and more independent. On one particularly memorable day we saw the baby walk right up to us:

If you follow Kevin and I on Instagram, then you might already know about our baby “javali” – Portuguese for wild boar. My friend Christina and I had gone for a run. Attracted by the sound of our voices, a baby javali wandered out of an orange grove and followed us.

After a while, we managed to get him to wander off on his own, and we ran home to tell Kevin about what we saw. He agreed that it would be good to help the isolated little guy, so we drove out to the hills and picked him up.

Kevin’s grandmother was not impressed. Javali are famously destructive. They’ll eat anything and everything, and she was concerned about her flower beds. Our little javali had to stay in the garage.

Now that we’re in Canada, we’re keeping our eyes open for springtime growth and life. With a shorter warm season, we’ll be missing the variety of activity we saw in the Algarve, but we’re getting into birding and hiking, so time will tell how many baby creatures we’ll get to see this year. 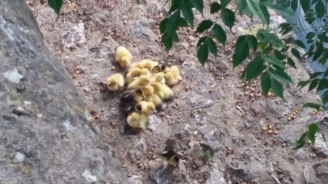 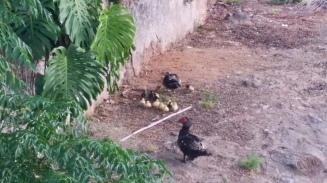 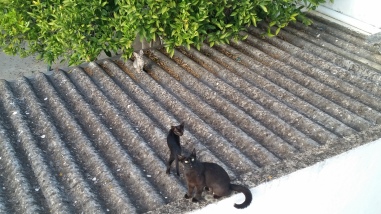 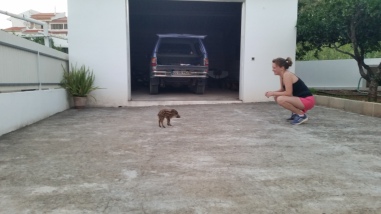 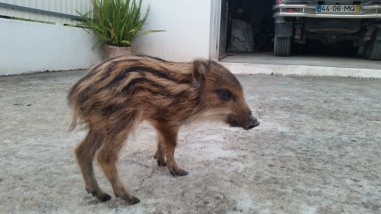 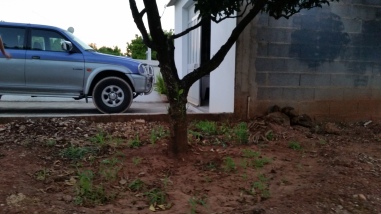 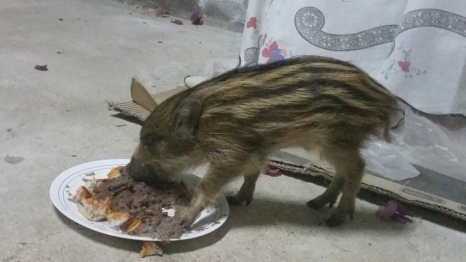 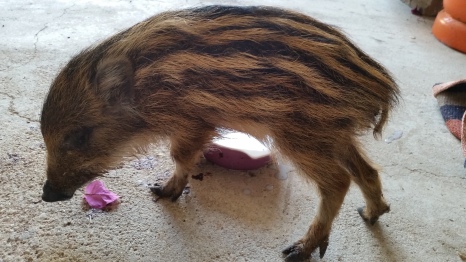 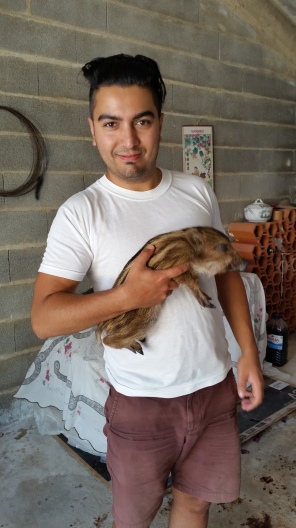 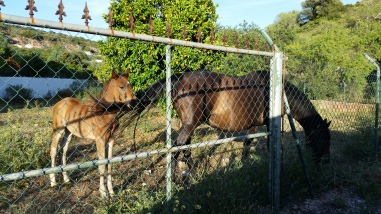 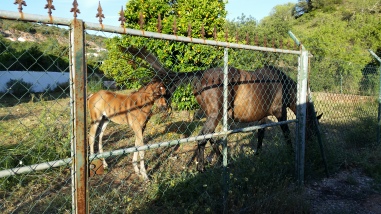 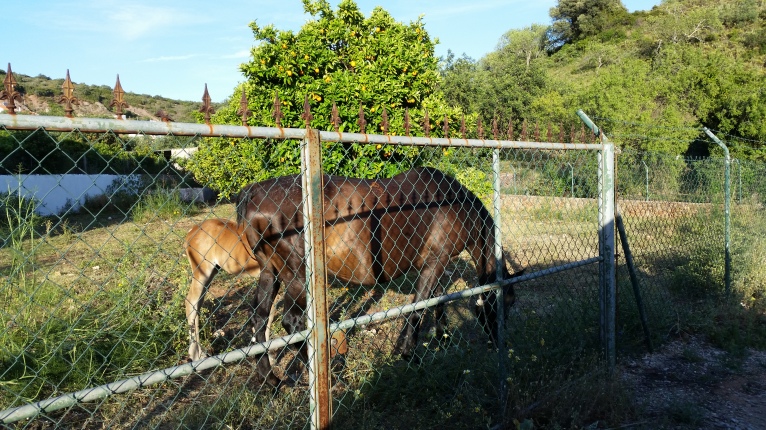 One thought on “#tbt: Spring time in the Algarve”