After waking up in Marvao and spending our morning exploring, we set off to Evora. Of course, Tyler rolled his ankle on those beautiful cobblestone streets the night before, and I woke up feeling the beginning of a fever. Still, we had 2 more stops on our road trip, beginning with the city of Evora, followed by the nearby Monsaraz, then the city of Beja. By the time we had lunch, Kevin realized his couple of Pages were too ill, and he promptly drove us the last 3 hours home to the Algarve.

Before our trip was cut short, we did get to explore Evora. We also had an incredible lunch at a restaurant that only serves 9 people at a time. “Botequim da Mouraria” is run by a welcoming Portuguese couple. In their small restaurant, there’s bar seating only, which means that we were incredibly lucky to arrive in time for lunch and find 3 empty chairs waiting for us. The service and the food were excellent. This was one of those places Kevin had found in the course of his detailed research, and it was very much worth the hype.

After lunch, we explored Evora and its incredible history. A very old city, Evora still has Roman ruins and an incredible variety of historic architecture. On all our other stops, I read aloud to the guys various historical fun facts. Being sick in Evora meant that I didn’t really do this, and so we learned a bit less there than everywhere else. The city is more than 2000 years old, and was occupied by the Celts and the Moors before becoming the #2 city in Portugal for a time, becoming the site of much lavish spending on the behalf of Portuguese rulers.

Here are a couple of other fun facts about Evora:

Évora has a history dating back more than two millennia.

It was known as Ebora by the Celts, a tribal confederacy, south of the Lusitanians (and of Tagus river), who made the town their regional capital.

The etymological origin of the name Ebora is from the ancient Celtic word ebora/ebura, plural genitive of the word eburos (yew), name of a species of tree, so its name means “of yew tree.” The city of York, in northern England, at the time of the Roman Empire, was called Eboracum/Eburacum, named after the ancient Celtic place name Ebora Kon (Place of Yew Trees), so the old name of York is etymologically related to the city of Évora.[6]

Évora is also remarkable for reasons other than its monumental heritage related to significant historic events. The 16th century was a time of major urban planning and great intellectual and religious influence. While Évora also has many noteworthy 16th-century patrician houses (Cordovil house, the house of Garcia de Resende), the unique quality of the city arises from the coherence of the minor architecture of the 16th, 17th and 18th centuries. This unity finds its overall expression in the form of numerous low whitewashed houses, decorated with Dutch tiles and wrought-iron balconies and covered with tile roofs or terraces which line narrow streets of medieval configuration and which in other areas bears witness to the concentric growth of the town until the 17th century. It also served to strengthen the fundamental unity of a type of architecture that is perfectly adapted to the climate and the location.

Évora remained mainly undamaged by the great earthquake of 1755 that destroyed many towns in Portugal, including Lisbon. The monuments of the Historic Centre of Évora bear witness to their profound influence on Portuguese architecture in Brazil.

In retrospect, while we recognized how beautiful Evora was, I was a bit too sick to recognize and appreciate the signs of its long storied history. It was also clearly packed with tourists from all of the world, which became a bit of a distraction itself. All the same, we managed to take a few photos. Enjoy! 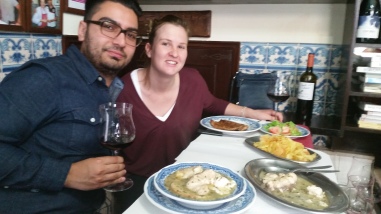 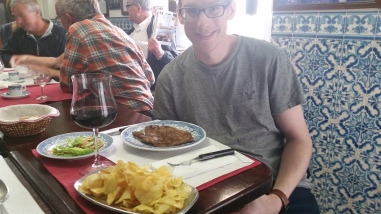 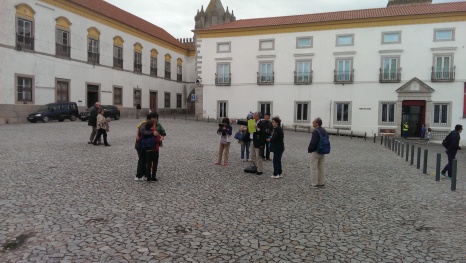 tourists taking photos of local students on a field trip 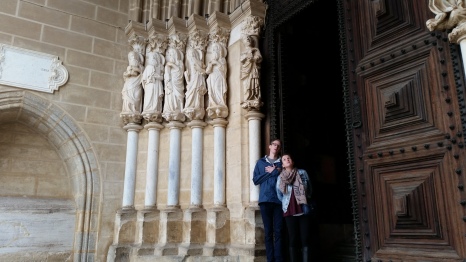 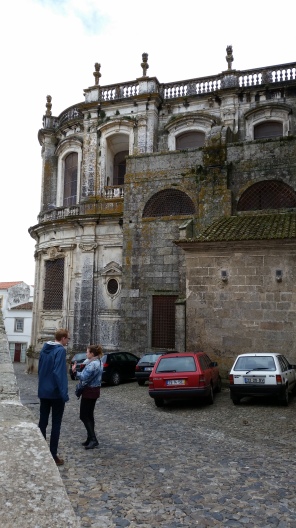 standing near some incredibly Manueline architecture 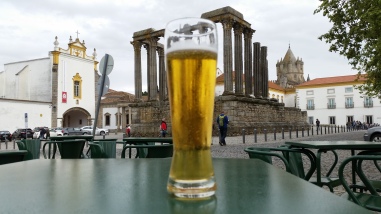 drinking in front of the Temple of Diana 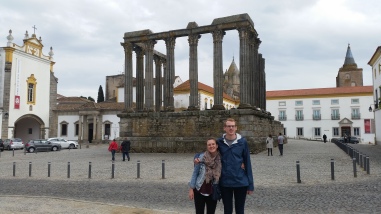 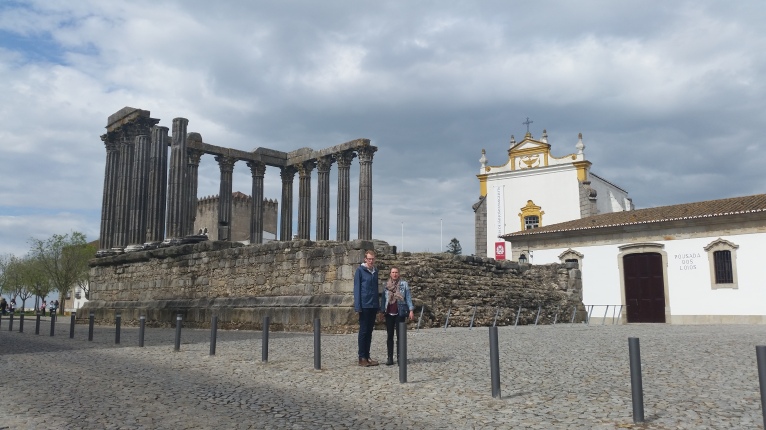 can you tell we’re both all messed up?