While we were visiting the Convent of Christ in Tomar, the map of the site said that there was an aqueduct attached. Tyler was pretty excited about this, never having seen a real aqueduct. Kevin and I had seen some in Lisbon, but agreed that it was pretty cool.

While Tyler and I searched for the aqueduct ruins (which we found outside, attached to the Castle of Tomar), Kevin searched on Google. When we were done at the Castle/Convent, Kevin said he had one more stop he wanted to make. He handed me the phone with a seemingly random spot marked on the map nearby. He told me what we were up to but hadn’t said anything yet to Tyler.

5 minutes of driving later, we came to the Pegoes Aqueduct, to which the aqueduct ruins at the castle were attached.

But rather than just a couple of arches, what we saw was a full aqueduct crossing a valley. And the best part? It was open and also empty! From where we parked, we walked just a few steps to climb up onto the aqueduct through an old water inspection station. In the silent countryside, we walked along an ancient aqueduct, just the 3 of us.

A quick little surprise, and one of the highlights of our trip. Enjoy the photos below! 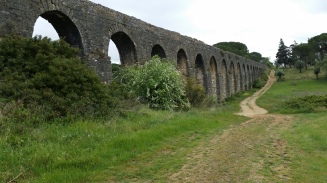 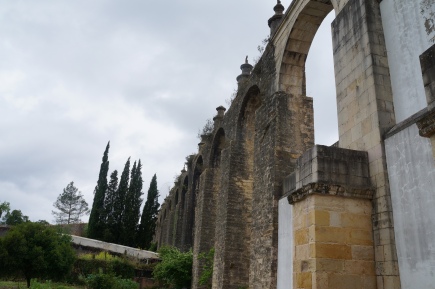 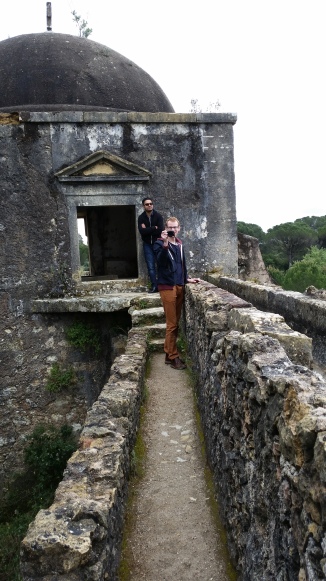 2 thoughts on “Roadtrip Day 2: An Aqueduct “just around the corner””