If you’ve ever read this blog, you know that we typically take our travel slowly. Even if that means we miss out on some possible sites, we always try to spend the maximum amount of time in our travel pursuits, in an attempt to really understand where it is that we’re visiting. Clearly we didn’t quite take that approach on our road trip, where we packed quite a bit of stuff in. I mean, we’re now 3 posts into Day 1 of our Sintra road trip, and yet we still drove another 2+ hours on this day!

Our wonderful friend, Soledad, insisted that we visit “Quinta da Regaleira”. It roughly translates to being “Estate of Regaleira” (the land was once owned by the wealthy Regaleira family from Northern Portugal). Soledad told us that this was her favourite place in the world, and once we arrived we realized why. We also very much regretted not budgeting more time to be here. There was so much to see, and we certainly didn’t let the rain slow us down!

The Quinta da Regaleira is essentially an estate that was once owned by a rich guy with big dreams of making something fancy. And this guy, António Carvalho Monteiro (actually nicknamed Moneybags Monteiro) sure achieved his goal. He was an eccentric guy who leveraged his family fortune to become a coffee tycoon in Brazil, then returned to Portugal study everything from law to bugs.

After purchasing the land in 1892, he spent until 1910 creating a magical villa and gardens, a neo-Manueline extravaganza all dreamed up by Italian opera-set designer Luigi Manini (Lonely Planet).

Despite the rain, we spent most of our time exploring the extensive gardens. This place is a landscape architect’s dream, boasting arches, gazebos, grottos, aquariums, gardens, patios, paths, fountains, tunnels, bridges, and more. The highlight is almost certainly what’s known as the “Initiation Wells”. We spent at least 30 minutes trying to find them, and it was well worth the effort. Here’s some background info, courtesy of our friends at Ancient-Origins.net:

The pair of wells, known as the ‘Initiation Wells’ or ‘Inverted Towers’, consist of ‘winding stair’ architecture, which carries symbolic meaning including the death/rebirth allegory common to many hermetic traditions.

One of the wells contains nine platforms, which are said to be “reminiscent of the Divine Comedy by Dante and the nine circles of Hell, the nine sections of Purgatory and the nine skies which constitute Paradise.” A smaller well, called the “Unfinished Well,” contains a set of straight staircases, connecting the ring-shaped floors to one another. It is believed that the spacing of the landings, as well as the number of steps in between were dictated by Masonic principles.

The two wells are connected to a series of underground tunnels and caves. Once we entered the primary initiation well, we descended deep underground.

To our great delight, we ended up in passing through the other well and entering a grotto/lake/waterfall area. We were beyond thrilled at this turn of events. We’d been freaking out about the beauty of this site all day, but this discovery topped them all, and we immediately agreed that Soledad was right about this place.

The inside of the mansion was pretty cool as well, but nothing close to the outdoor gardens and its secrets. If you plan to visit this site, give yourself at least 3 hours to see everything!

Check out the photos to see all this beauty for yourself (some are a bit blurry due to the rain – we were completely soaked, as was the phone!):

We began our adventure on the edge of the gardens 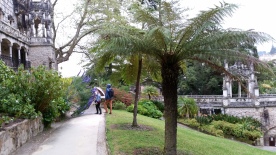 This level of detail and beauty existed throughout 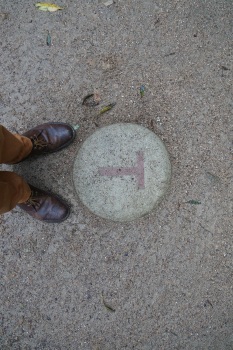 From the top of the initation well! 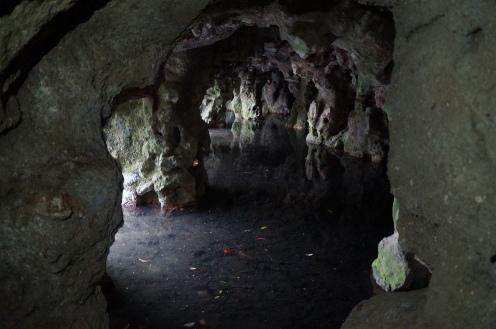 as we make our way through the tunnels, we see the light!

and hear we are! 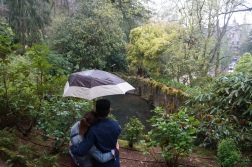 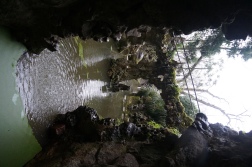 we then crossed the lake!

we passed a fountain… 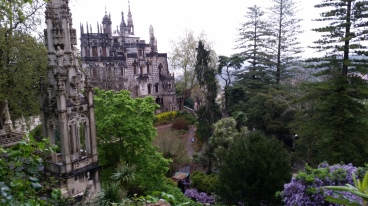 …and made our way to the castle

the view was stunning! 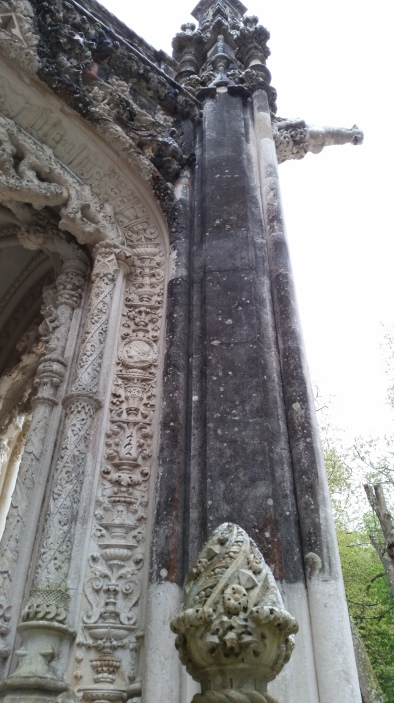 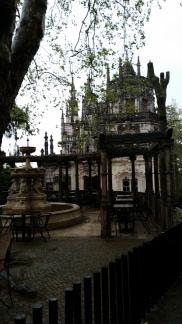 This chapel was built in Italy and then transported to Portugal

View of the chapel inside 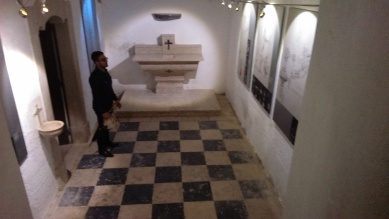 Again in the chapel 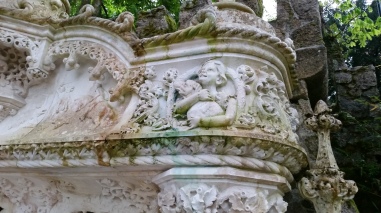 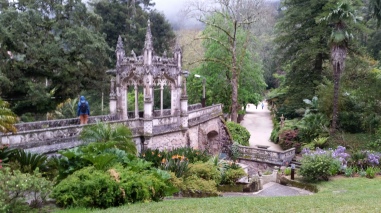