Having already spent some time in Lisbon, Kevin and I were fully prepared to show Tyler all the best sites and scenes.

Obviously, this included copious amounts of eating and walking.

Tyler arrived in Lisbon in the morning, and despite getting minimal sleep, he kept going with us all day. The next day, we were once again up bright and early, and we set off on all kinds of adventures. Rather than go into wild detail about every darn thing that we did, here’s a list of the places we saw and adventures we got into:

After all that adventuring, we headed home to get some sleep before starting our roadtrip in the morning! Lots of photos below, with descriptions to properly explain all the things we saw. Check ’em out:

view of Lisbon from above – we took the famous streetcar from one end of the city to the other. This was the final view!

siblings at the top of the city

getting fancy with panoramic views

at the gates to Lisbon, right at the waterfront. Not behaving

And then, behaving. Kevin made us take a nice one for our parents. 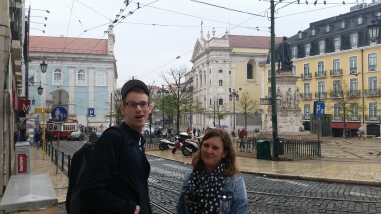 at a central cable car junction, on our way to lunch

lunch appetizers at Sea Me! 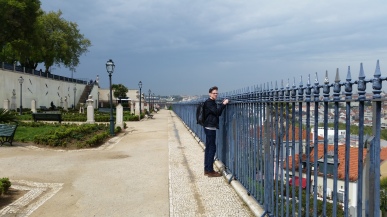 At the top of another Lisbon hill 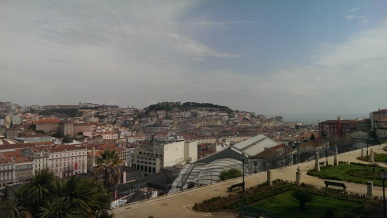 Tyler capturing the beauty of Lisbon 😉

the view of the street from our AirBnB

get to the gym, Tyler! (PS: my wardrobe change took place when we took Tyler back to the AirBnB and I unpackaged the Lululemon clothes I made him pick up in Canada for me)

sibings and hills and streetcar tracks.

Praying pre-Sangria outside the Convento do Carmo 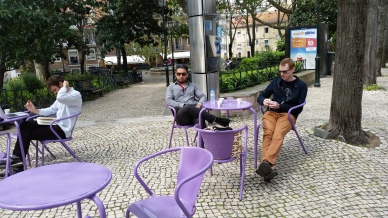 Enjoying a cafe kiosk, 30 steps from our apartment 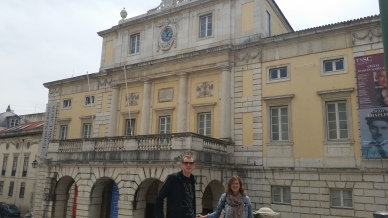 Just another gorgeous building we spotted on the way to lunch 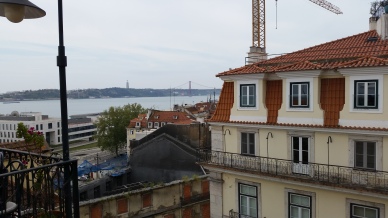 view from the Nun’s canteen!

inside at the canteen 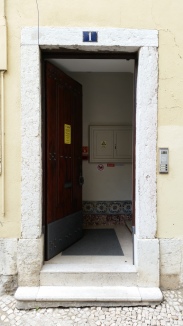 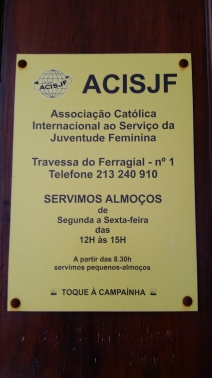 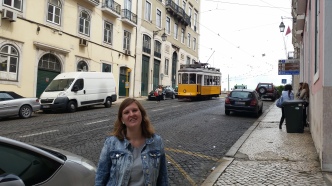 with a cable car in the background. Same style that we took a ride on the day before 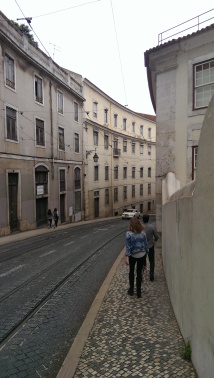 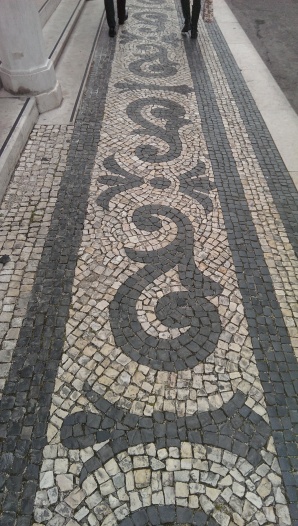 siblings taking in the squares of Lisbon

Kevin really put his photo skills to work on this trip. Always wanting to capture good shots for the family! 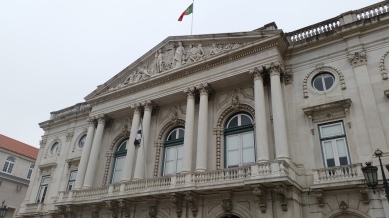 Enjoying the view at the shores of the Tagus river. At least one of us is paying attention to the view.

our cab to Belem was a shark! Also was driven by a woman who MADE us put on our seatbelts.

SO many pasteis de nata! 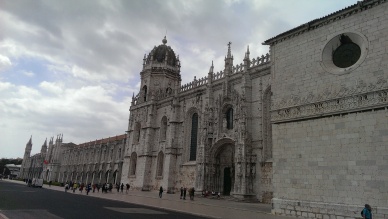 Outside of the Monastery of Jeronimos

this building is bananas

Inside the church – gotta keep quiet! 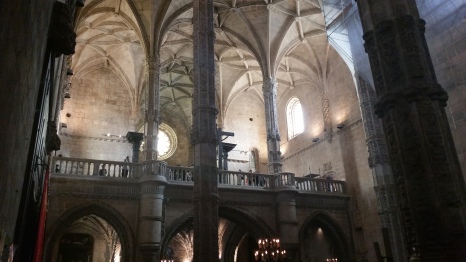 Upstairs at the church. Couldn’t figure out how to get there and also couldn’t deal with not talking, so we left.

A massive fountain in Belem. First time seeing it active! 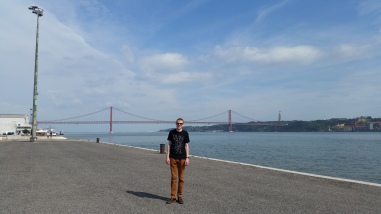 Tyler in front of the 25 of April Bridge. Just like his trip to San Francisco a few weeks prior!

The massive Monument to the Discoveries. Built to commemorate Portuguese exploration.

We went to the top of the Monument and caught a pretty stellar view.

That’s the Torre de Belem in the distance 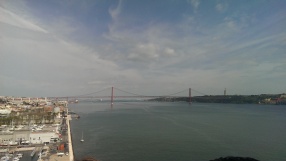 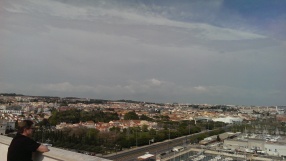 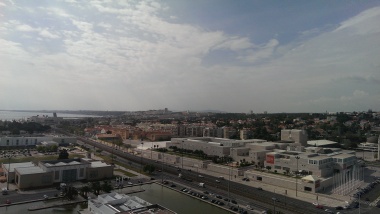 It’s too damn hot and sunny up here! 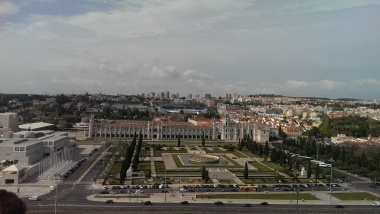 view of the Monastery of Jeronimos

Overhead view of the rose compass, donated to Portugal by South Africa. The map in the centre shows all the places that Portuguese explorers went. 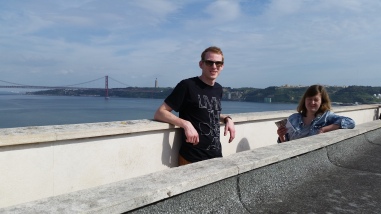 There was an exhibit in the basement of the monument, where we saw some cool posters

Was feeling the heat, but Kevin solved that with water and gelato. 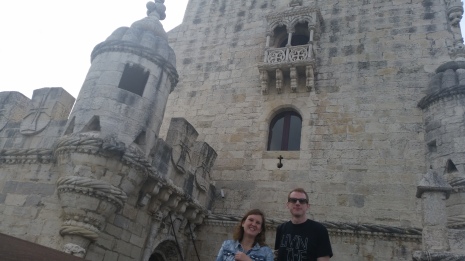 siblings at the Torre de Belem

#selfie at the torre de belem 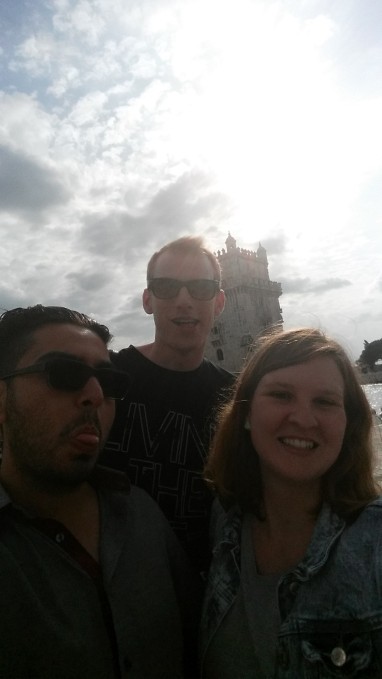 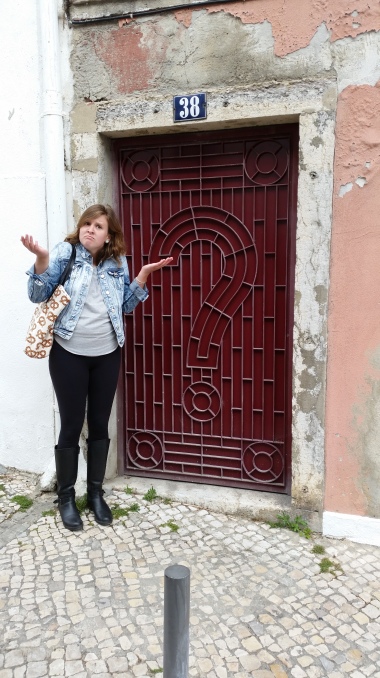 having dessert with Soledad!

look at these kids!

2 thoughts on “Exploring Lisbon with my little brother”