On Friday, I arrived in Canterbury. I emailed my family a photo of Nana and I together, letting them know I’d arrived safely. Everyone responded quickly with well wishes, and suggestions for all the things I should do while there (context: this is the third year that Nana Ev has come to stay in Canterbury for several weeks. Both my aunt and my parents have previously visited during this trip).

On both calls, we were asked a variation of this question: “so, have you done [insert activity] yet?” “did you go [insert location] here yet”.

Nana and I could not stop laughing. These questions were hilariously ill-timed, considering I’d barely just arrived.

In their enthusiasm about the many things to do in Canterbury, my Dad absolutely insisted that we must go to Dover Castle. We hadn’t initially planned to do this, because it was a bit more complicated to get to Dover without a car, but since my Dad insisted it was such a must-do activity, we figured out how to take the bus there.

So, this morning we got up bright and early. We got on the bus, and headed for Dover Castle, a lovely 40 minute ride away.

Quick facts on Dover Castle, courtesy of my fave, Wikipedia:

Dover Castle is a medieval castle in Dover, Kent. It was founded in the 12th century and has been described as the “Key to England” due to its defensive significance throughout history. It is the largest castle in England.

The site may have been fortified with earthworks in the Iron Age or earlier, before the Romans invaded in AD43. This is suggested on the basis of the unusual pattern of the earthworks which does not seem to be a perfect fit for the medieval castle. Excavations have provided evidence of Iron Age occupation within the locality of the castle, but it is not certain whether this is associated with the hillfort. There have also been excavations on the mound which the church and Roman Pharos are situated on, which has been discovered to be a Bronze Age mound.

Our bus driver let us know when to get off the bus, and told us we had to walk a bit down the hill to get to the entrance (Keep in mind that Dover Castle sits atop a massive hill, which is why we were skeptical of making this trip sans car). Needless to say, when the bus driver said that the return bus stop was further up the hill, while the entrance to the castle was further down, we weren’t impressed.

Thus, we walked down the hill, only to find another hill we needed to walk up in order to reach the castle. As we approached the gate, I began to question our decisions. The gate looked closed. I thought perhaps I wasn’t seeing things right, until I was standing in front of the locked gate, looking at a ticket booth that was very much closed.

Well, shit. Now what? We sure didn’t see this coming. We also weren’t sure if the Castle was closed, or if just that particular entrance. We decided to walk further down the hill to reach the car entrance, hoping that might be open. Turns out, it wasn’t. The “Closed” sign was well visible from across the street.

Not wanting to walk back up that darn hill, we continued to walk down. Eventually we were back in the lovely town of Dover. Also, we had no real idea where we were going, other than knowing we needed to get back on a bus. After asking a couple of people for directions (all of whom confirmed that it was unusual for the castle to be closed), we eventually found a bus stop. When we asked the bus driver if his particular bus would take us to the main station, he told us that it would, but so would a 5 minute walk through the park behind us. Obviously, we opted for the latter.

Another 10 minutes of waiting, and we were back on the bus to Canterbury! As soon as we were in wifi range, we looked up Dover Castle’s hour. Indeed, it is only open on the weekends this month. Truly bizarre, because the sign on site said otherwise.

Anyways, here are the pictures we took on our adventure to see Dover Castle. We did the Castle, though we didn’t get inside. Consider it the unsuccessful invaders’ version of the tour. Tres vintage. 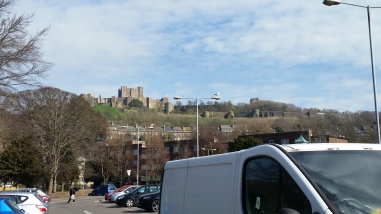 The view of Dover Castle, after we walked to the bus station 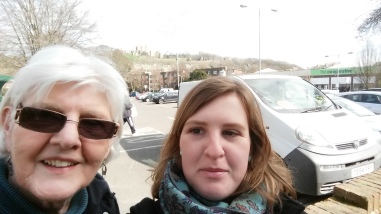 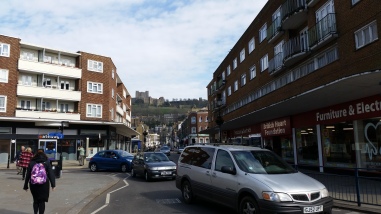 See that castle? We were there. We walked to here. 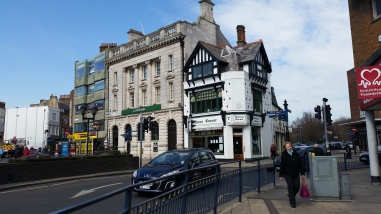 The town of Dover 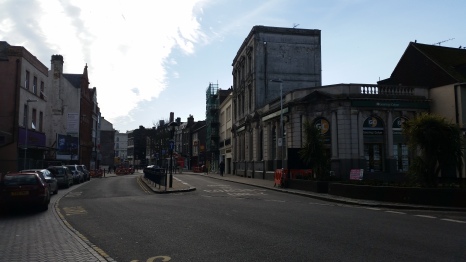 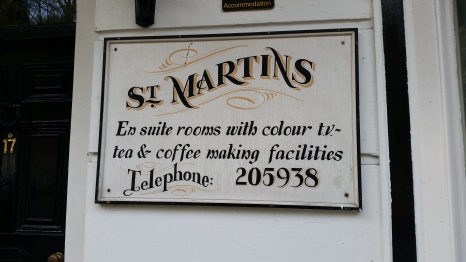 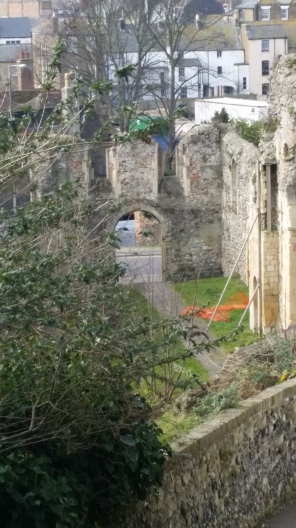 phone booth #selfie (our selfie game is getting good, non?) 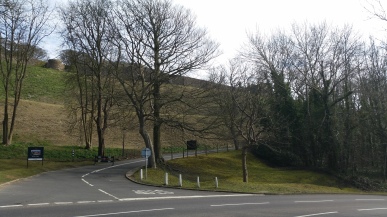 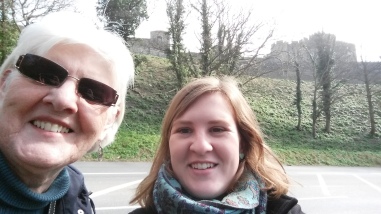 We were right there! 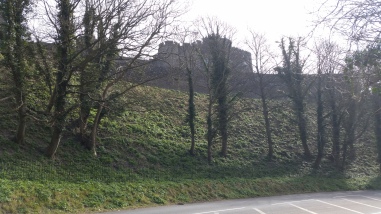 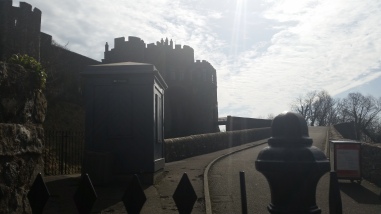 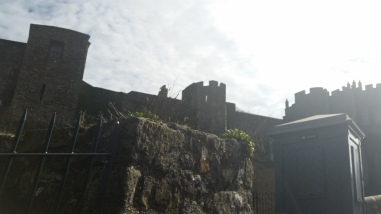 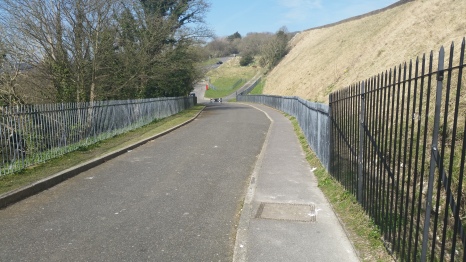 uh, ya, this is one of the smaller hills we tackled today 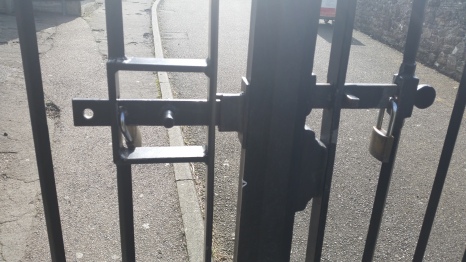 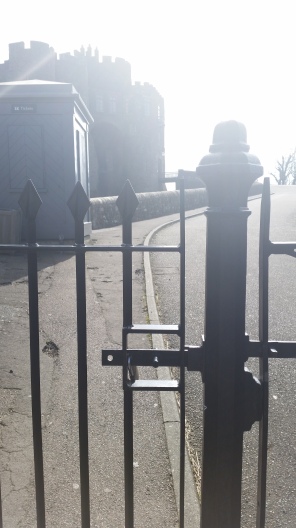