If you know my family at all, you know that my brothers are a bit infamous for being picky eaters. Because they’re picky, it’s rare for them to be forced to try new things. In fact, when they were coming here, the number one question people kept asking me what “oh my gosh, what are they going to EAT???”

They survived 10 days here just fine, and they managed to eat (or at least try eating) a variety of things, including:

In particular, we developed a bit of an obsession with Swensen’s ice cream. Swensen’s is an ice cream chain originally founded in San Francisco. It’s really shilling Americana, so much so that we had thought it was a chain from Singapore, but according to Wikipedia, it’s actually owned by a conglomerate headquartered in Markham, ON (apparently Burger King isn’t the only corporation that knows about Canada’s low corporate taxes). In any case, Swensen’s has a sizeable presence in the Asian markets, but sometimes that presents its own challenges, but also leads to hilarity.

In Siem Reap, we’d seen a sign for Swensen’s, but couldn’t find it on Google Maps. Being North American, I thought “hey! I’ll just check the Swensen’s website!”. Ha! On the Swensen’s website, selecting “Cambodia” opens an email window for you to send an email to the Cambodian franchise owner to find out where they have locations. Not exactly the instant information that I was looking for. Anyways, we ended up finding it by accident, around the corner from our hotel.

On our first trip there, Kevin and Kristopher were dismayed to learn that they were unable to make a few choice desserts due to lack of supplies (certain chocolate ice creams, and also maltesers). Of course, Kevin solved the latter issue by going to the grocery story, 10 feet away, and buying a pack of maltesers. Much laughter ensued.

As for our expensive Italian food – after we returned from Siem Reap, I asked (re: instructed) Tyler to choose a place for us to eat dinner the next night. Kevin and I had been doing all the research and making all the decisions, so I figured it would be good for Tyler to get a taste of that. After some research, he recommended we go to Do Forni, an Italian restaurant at Sofitel, a top Phnom Penh hotel. TripAdvisor said it was 2 dollar signs, so away we went. It was very much very fancy. It was maybe 2 dollar signs (out of 5) by Toronto standards, but it was definitely the most expensive restaurant we’ve been to in Phnom Penh (that is, a dish cost between $15 and $30). That said, the food was delicious (we had steak, lobster ravioli, pizza, carpaccio, wine) and the service was also very good. And of course, the restaurant itself was beautiful. Tyler was generous enough to pick up the tab, proving once again that he is the superior sibling in this mix.

Photos of all this and more, below: 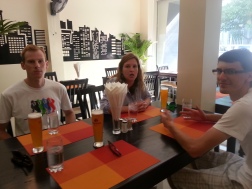 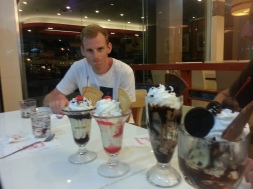 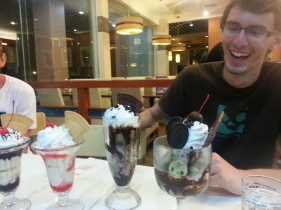 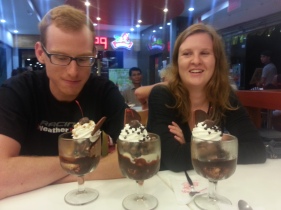 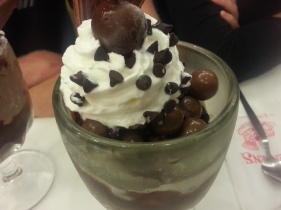 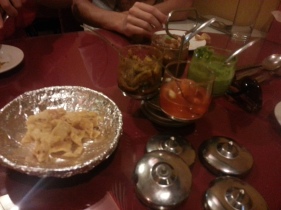 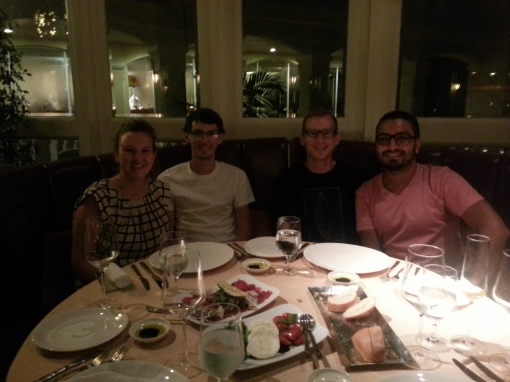 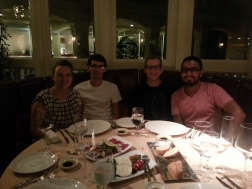 Dinner at Sofitel Hotel’s Do Forni

One thought on “Eating in Cambodia with my brothers”

Join 279 other followers
Follow the stories that I'm telling. on WordPress.com