Anyone who’s ever gone through the travel vaccine process in North America knows that it costs a fortune, and that some vaccines are more pertinent than others. So, when it came for me to get all vaccinated up, I opted to press pause. Knowing I’d be starting my travel adventures in Bangkok, we did some research, and decided to get most vaccines done at a hospital there instead, and that’s we did just that this week. Before leaving Toronto, I opted only to get my Hepatitis A shot

An awesome blog post that we found led us to get our vaccines at the Queen Saovabha Memorial Institute in central Bangkok. It was only a 20 minute walk from our hotel near the Chong Nonsi BTS. Bonus: the hospital also had a snake farm! Not only did we get vaccinated – we also saw some pretty crazy snakes.

The whole vaccination process took about an hour, and cost $60 for the two of us. Total cost included:

Kevin and I both agreed that the nurses who did the injections were the best injectors we’ve ever encountered. So from my experience, vaccines in Bangkok mean less cost and less pain.

The Queen Saovabha Memorial Institute, in addition to being an old and beautiful building, also does venom research, which is why they have a super cool snake farm in the hospital courtyard. Who knew hospital visits could be so fun? 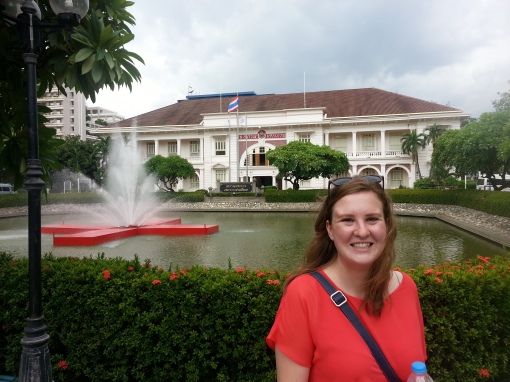 At the back of the farm there were two cages filled with white bunnies for the snakes to feed on. A weird moment of “wow, nature is so cute/gross.”

One thought on “Vaccinations in Bangkok”